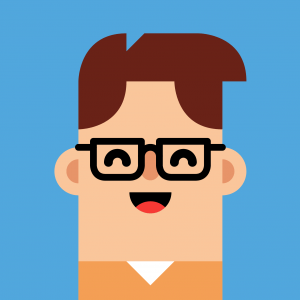 It’s Here! Our New Project Is Now Live On Kickstarter!

It’s not every day we launch a new campaign! 🙂

Last year you and Kickstarter helped us make Cubetto’s world a little bigger, with new places to explore and new lessons to learn. Today, millions of children are coding their way across ice and swamp; time and space; card and canvas.

Now we wanted to tell you – our amazing community – that we’re back to introduce a series of new adventures for Cubetto, exclusive to Kickstarter.

What is the Cubetto Super Series?

The Cubetto Super Series is a set of super short, 14 day Kickstarter campaigns, each with super limited edition and collectible adventure packs to expand your learning and play with Cubetto. And they’re entirely exclusive to Kickstarter, which means that once the campaign’s over, you won’t be able to find them ever again.

First in the series is the African Savannah: a wild safari ride across sun-baked plains and rolling grasslands with animals and friends. It comes with a colourful map, a beautifully illustrated story book and collectible play cards for coding activities, navigation tasks and games.

Inspired by the animals, sounds and sights of the African Savannah, a collectible set of eight unique play cards been designed specifically to help you create challenges and games with the story book. You can use the cards to extend and expand Cubetto’s African adventure, with extra coding activities and navigation tasks to play with and puzzle over. Or you can use them to play games that develop memory, pattern recognition, and numeracy skills.

How we got here

Back in 2013, the team here at Primo Toys took to Kickstarter to launch Cubetto: a Montessori-influenced smart toy that introduces coding to girls and boys aged 3 and up.

In those days we were outliers in a world of screens. Teaching computer programming principles without a screen just sounded impossible. But all the way back in 1969, MIT’s Seymour Papert had already planted the idea of tangible coding with his groundbreaking Logo Turtle – a ‘floor turtle’ that children could program.

Inspired by Papert’s work, Cubetto allows children to program a friendly wooden robot using a programming language they can actually touch, without a screen. After several iterations and much tinkering, in 2016 we returned to Kickstarter to launch a new and improved Cubetto. It went beyond all expectations and became the most crowdfunded ed-tech invention in Kickstarter history, raising $1.6 million from backers in 96 countries.
Coding through storytelling and adventure

Since our first prototype, we’ve introduced more than a million children to coding, irrespective of gender or language, in over 100 countries from Asia to Africa to the Americas. And last year for our Kickstarter Gold campaign, you helped us grow Cubetto’s world with new stories and adventures.

We believe that story, adventure and exploration go hand in hand with teaching young kids to code. You’ve already helped us broaden Cubetto’s horizons before. And we hope you’ll journey with us again.